For those who missed the previous airings of the Sea Level Rise & the Economic Impact and the Devil's Slide Trail Forum, we will be airing it again!

The California Assembly Select Committee Sea Level Rise and Economic Impact Meeting will be aired on:

I would like to invite you all to our New Media 101 workshop. I am very eager to  help our community members become more media savvy by introducing them to our website and all of its amazing features.

The workshop will be divided into two parts -…

Come to the 14th Annual Kahuna Kupuna Benefit Surf Contest, Saturday, July 20, 2013.  The contest is geared towards surfers above the age of 40.  It hosts separate sub-divisions for both men and women, featuring shortboard and longboard.  The event is from 8 am  to 5 pm.

To enter, pick up an entry form at your local Pacifica surf shop or download one at www.pacificasenvironmentalfamily.org/kahunakupuna.  The…

Yes, PCT is in the news again! Community Media is making big news these days. In addition to regular write ups in various publications including the San Jose Mercury News and others, PCT was recently featured on KPIX CBS 5.

Why was PCT in the news? For our fabulous intern training program which is the best of its…

A Day On The Pacifica Pier

You just never know what you might find on a day at Pacifica's famous pier. Check it out.

Watch as Monica Chan and Ani Kalafian meet interesting people and do a little fishing on Pacifica's pier. This outstanding footage can be seen on their show Pac Coast Live.

This video chronicles the long and windy road to the historic opening of Devil's Slide tunnel. Enjoy!

Of course Devil's Slide did not happen all at once. It was a long journey with many stops and starts along the way. Now PCT producer Eric Mayrand has exciting footage of both the Tunnel opening and a historical perspective on how we got to this…

The History of Mori Point

PCT producer Eric Mayrand has created a fabulous 3 part series on the history of Mori Point which you can view here. 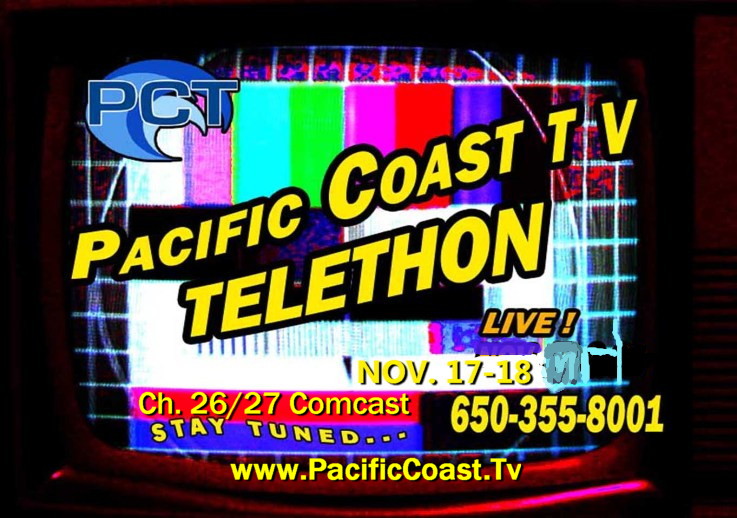 Donate an Auction Item OR Become a Sponsor!

Wow! This Cafe is exploding with art...everywhere! What a unique concept, amazingly delicious crepes, sandwiches, burgers, breakfast food and more, murals, paintings and the humble community of Pacifica come together.

They have take-out, but why leave? You can stay for a while and hang out, observe art, enjoy your meal, and contribute to the…

Ever been to Gherkins Sandwhich Shop? Can you Say Yummy??

Watch as Monika Chan And Ani Kalafian eat their way through hwy 1 on the Pacific Coast, in this case Montara, CA. Known for its beachy surf-town feel, Gherkins sandwiches offers giant portions of their unique, delicious and fresh food to the community. Its also a great hang out spot, where art adorns the walls, and the floor!!!!

Take a look at the bloopers of episode 2 of 'The Pac Coast Life', where two spunky interns, Ani Kalafian and Monika Chan express themselfs by being funny and cute, or at least one of them thinks that they are hilarious !!! (cough cough) . Anyways, its always fun spirited and they really enjoy what they do and it shows.

Hey everyone, I would really love to re-create this experience, plus much more on my (and Monika Chans's) show, Pac Coast Life. How cool is this?

Wow I found the cutest video about Pacifica, by Lorrie Milton

Blanca Gutierrez participates as head coach of Babyface Boxing, and encourages people of all ages to join. She currently has classes for both children and adults. However, her gym is known as a place for kids in the community to learn and grow as athletes and family. They joke around, do homework, and then get in the ring to throw down! You can feel…

We chatted with Master Chef Gaston…

Pacifica is best known for its weather, surfing and scenery. But what about its local farmers market? Alemany,Lake Merriet and the sunset district all come to mind when I think of  good farmers markets.So imagine my surprise when I stumbled upon this tiny, but awesome farmers market ( less than 4 miles away from my house) nestled in Pacifica's…