It's estimated that this year's festival was attended by over 100,000 pumpkin enthusiasts, both local and from afar. Since its introduction in 1970, the festival has grown from what was once a hometown homage to the indigenous fruit, to what has blossomed into a full-blown, highly anticipated pumpkin palooza. 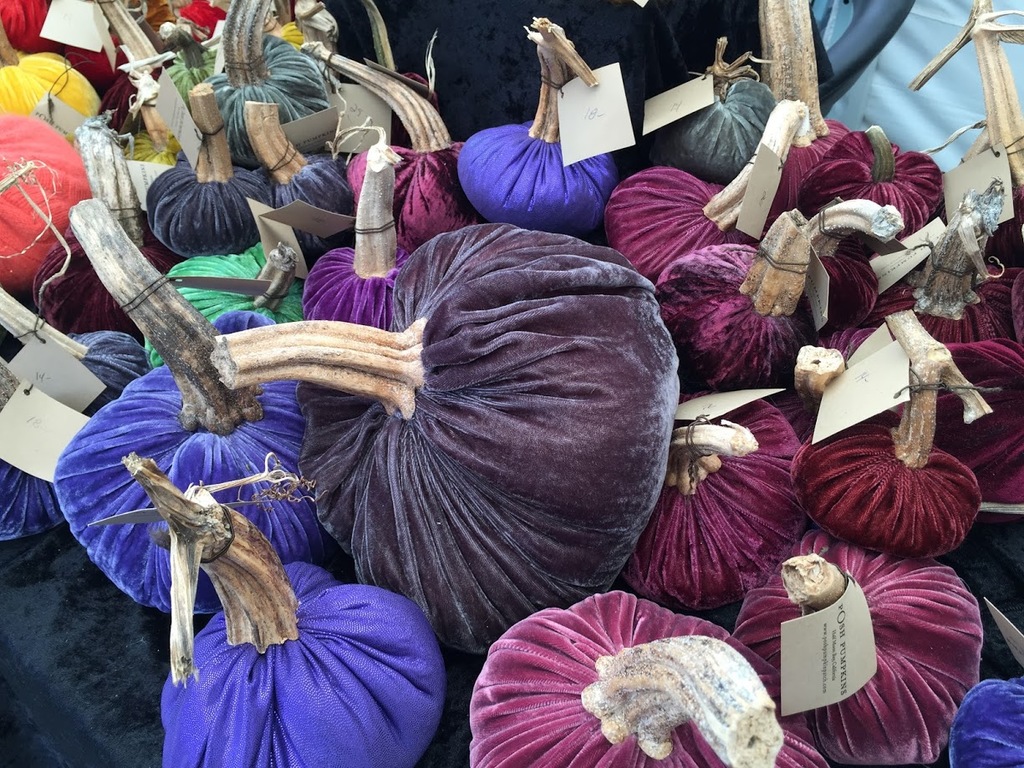 If you're Looking for all-things pumpkin, HMB Pumpkin Festival is definitely the place to peruse.

Every square inch of Historic Main Street was populated with plenty of pumpkin paraphernalia.

Aside from being able to pick the perfect pumpkin from Half Moon Bay's hearty harvest, highlights from the festival included: Live music, DIY art stations, an expert pumpkin carving exhibition, pie eating contest, a haunted barn and The Great Pumpkin Parade. Hats seem to be tops at HMB Art and Pumpkin Festival and there was no shortage of people sporting green stemmed orange berets. If being a pumpkin-head is not exactly your thing you could opt to purchase other Halloween inspired head gear. There were handmade witch hat and skull headbands, a plenty, in addition to cute little cat ears running around everywhere. 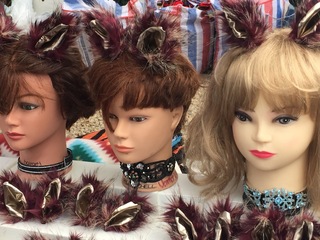 I myself opted to buy a spider inspired headpiece and I have to say it was quite a hit! 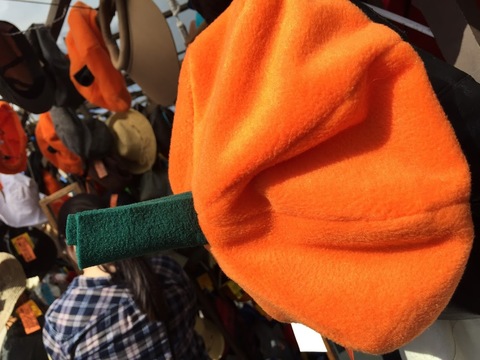 Once I had appropriately themed head gear it was time to continue my quest for, you guessed it, a bag to hold all of the goodies I was sure to collect over the two-day fest. Luckily, presenting sponsor, Safeway saved the day with their glow-in-the-dark, trick or treat bag giveaway.

The lines were long but well worth the wait. And if you took a picture in their photo booth and posted to either Instagram of Facebook using the hashtag #SafewayHMBPumpkin you were automatically entered to win a $25 Safeway gift card. 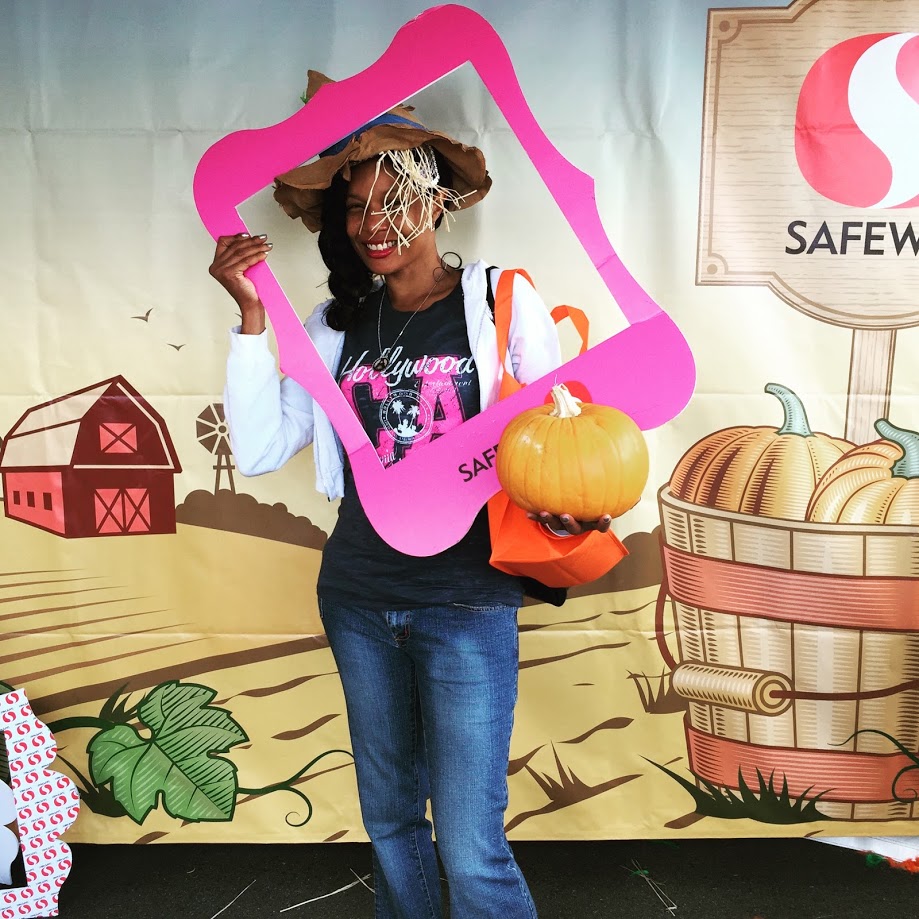 After I got my hat and my bag, it was time to focus on food.

Naturally, I had to try the pumpkin mac & cheese being sold by Mariner's Church Coastside. It was a creamy mashup of savory cheese and pumpkin spices topped with roasted pumpkin seeds. Yum! To wash it down, I headed over to the Half Moon Bay Winery booth to treat myself to a pumpkin harvest ale. Although it was my first trip to that vendor, over the duration of the weekend I must admit that it was not my last. 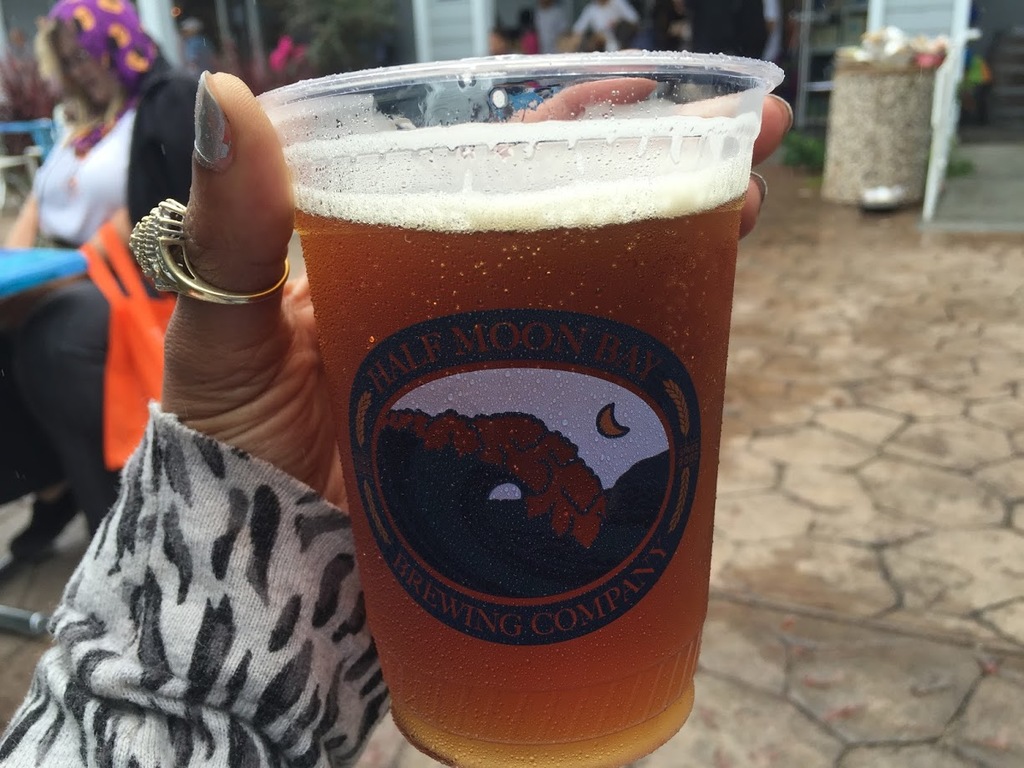 I basically ate my way through the Half Moon Bay Art & Pumpkin Festival, much in the same way, Templeton the Rat, did during his Schmorgasboard-orgasboard at the fair in the movie Charlotte's Web. I wanted so badly to try the pumpkin ice cream, but miserably failed to save any space. Oh well, at least I have something to look forward to at next year's Half Moon Bay Art &Pumpkin Festival. And on behalf of Pacific Coast Television, I hope to see you there!