Charlie Hilder volunteers to coach Junior Olympics, other sports and martial arts in local schools. He also has an uncanny ability to be in the right place at the right time to save the lives of accident victims. 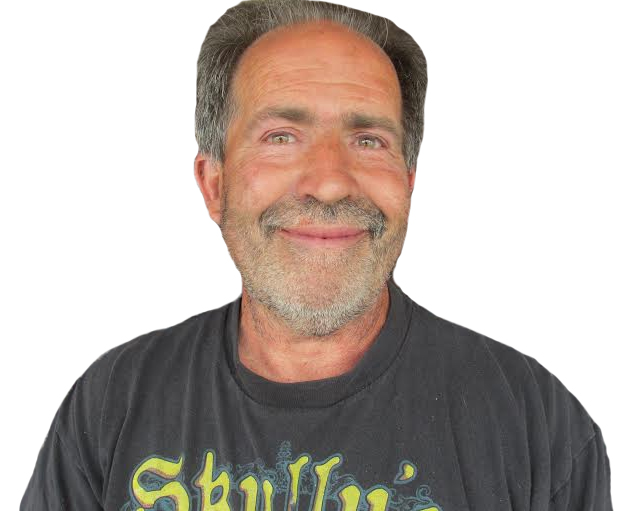 A contractor by trade and co-owner of Baby Face Boxing, he built the boxing gym for youth and encourages them to use it whether or not they can afford it.

He set up a portable boxing ring at Terra Nova High School for the annual car show, which benefits the industrial arts. Without that fundraiser, the industrial arts program would fall far short of its budget due to a decrease of education funding. He and the other boxing coaches volunteer all their time and offer a free lesson and sparing.

For the last 8 years, Hilder has been the head coach for Vallemar School’s Junior Olympics. He teaches them how to face scary situations, learn team comradeship, school pride and sportsmanship. He teaches the older kids to take on a coaching role of their own.

When he envisioned a safer crosswalk in front of Vallemar School, he volunteered to do the work himself. When not managing the crosswalk at morning drop off and afternoon pick up, he volunteered wherever he could to help out during lunch and recess.

“Here we go again,” he said to himself one rainy, stormy December morning near Mazzetti’s Bakery. Romeo Guerrero, a college student on his way to San Francisco, in a solo accident, wedged his vehicle on the guardrail of the freeway and was trapped behind the wheel. Hilder moved him, freeing him from what doctors later said was a certain punctured lung. Guerrero suffered many broken bones and thought he would never walk again. Hilder visited him often and tried to keep him thinking positive thoughts. It worked. Guerrero made a complete recovery.

He was the first person on the scene when a woman was hit by a truck. He tried to help her and chased the man who was trying to flee. In an act of pure adrenaline, he picked a truck up off a child’s head. He tried to release the seatbelt on someone whose car had flipped and was filling up with smoke. A pregnant woman had a seizure while driving with her children in the back seat. She hit a tree. Hilder released the kids from the car seat and called her husband, then freed her from the car.

He comes from an artistic and storytelling family. His dad, who died when Hilder was only nine years old, was an opera singer and music teacher. He inspired Hilder to work with children. His mom won an Academy Award for documentary filmmaking, “In the Shadow of the Stars,” about the San Francisco Opera chorus. Susan Hsu, an optometrist who runs her own business, is a community volunteer who started making a difference when her sons were in preschool. She started to raise money for various school causes. That determination carried over to Cabrillo School Child Care where she helped raise money for the special events and for the city’s Parks Beaches and Recreation Department, the outfit that runs the child care center.

As a Cabrillo School volunteer, her focus divided between money and time. She took on whatever tasks the classroom teachers needed, often taking supplies home to be cut up in the evening. She continued to raise money for Cabrillo and soon added Ingrid B. Lacy Middle School to her list. She helped out at many IBL events. When her boys attended high school, she became a valued volunteer at Oceana High School. She was a PTO officer for seven years and always volunteered at events and fundraisers, including helping out in the fireworks booth. Her goal was to reach $9,000 in funds raised in E-script. She made it. 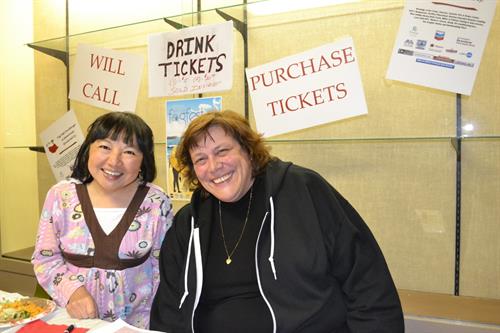 With her sons in college, she has more time to volunteer for community activities, such as those run by the Pacifica Chamber of Commerce, where she had been a past board member. She volunteers with Pacifica School Volunteers. She joined Lions Club and Mitzpah. She helps plan events or lends a hand when needed, such as running the hot dog stand at the Junior Olympics for the Lions Club. Through those organizations, she raised money for high school scholarships and to help those in need through the Pacifica Resource Center. She is such an organized backpack packer for school supplies at the Resource Center, her team received special notice from executive director Anita Rees. The Lions Club helped put books in the hands of students and donated to the many interesting projects of the Pacifica Historical Society, of which Hsu is a member.